***Delegations of Russia and Ukraine will gather in Turkey next week to make the deal official.

A meeting between Turkish, Ukrainian, Russian and UN officials on Wednesday agreed to establish a coordination center in Istanbul to facilitate Ukrainian grain exports, the Turkish defense minister said.

The four-way meeting held in Istanbul was “positive and constructive,” Hulusi Akar said after the meeting.

“In the meeting, an important step was taken to contribute to the solution of the food crisis, all details regarding the safe shipment of grain and other food-loaded vessels by sea were discussed,” Akar said.

He said the participants found common ground with regards to the technical issues, such as navigational safety on transfer routes and joint controls at entry and exit of ports.

Representatives of Ukraine and Russia are set to gather in Turkey next week to review the details of the agreement and also sign relevant documents, making the deal official, he added.

Coordination with the UN

"We see that the parties are willing to sort this problem out," Akar said. "We will try to reach a conclusion by carrying out this (plan) in coordination with the UN."

Turkey, which has made contributions to regional and world peace, continues to fulfill its responsibility to resolve the food crisis, Akar said, and thanked the Russian, Ukrainian and UN delegations for their input. 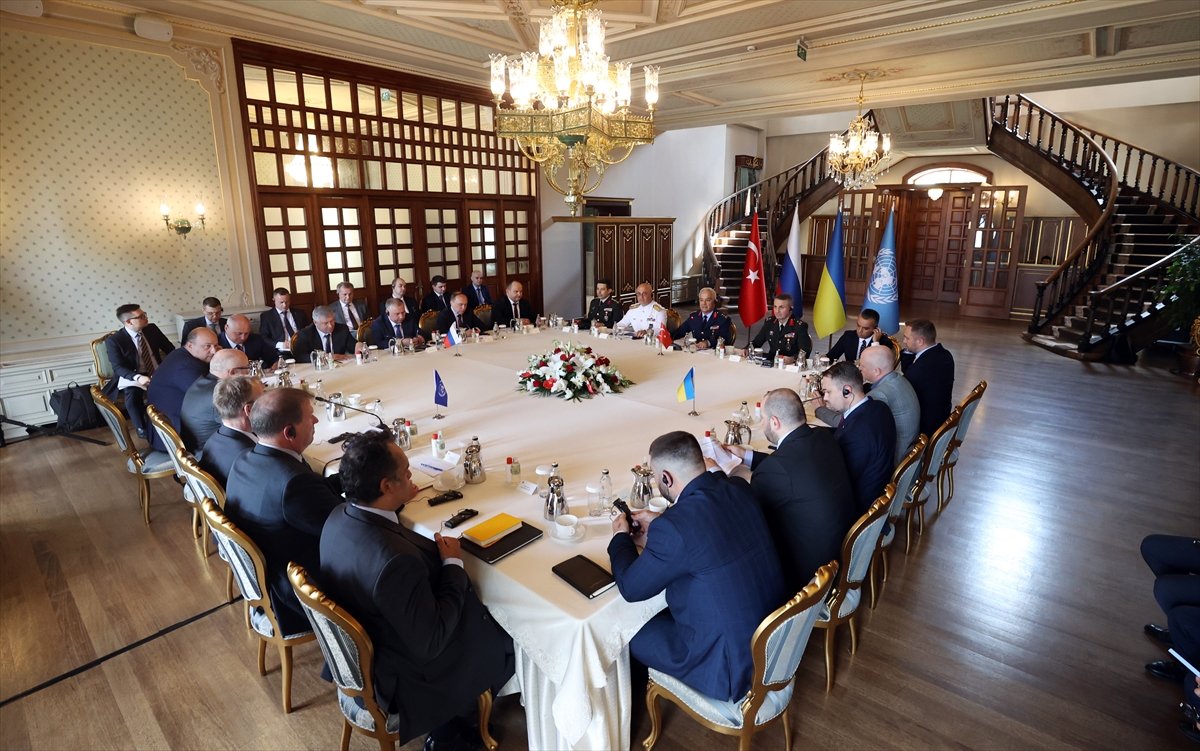 'I am grateful to the United Nations and Turkey'

Ukrainian President Volodymyr Zelensky welcomed the progress made in the meeting and expressed gratitude to the UN and Turkey.

"We are indeed making significant efforts to restore the supply of food to the world market," Zelensky said in a statement. "And I am grateful to the United Nations and Turkey for their respective efforts."

"The success of this story is needed not only by our state, but also, without exaggeration, by the whole world," he added.

“If it is possible to remove the Russian threat to shipping in the Black Sea, it will remove the severity of the global food crisis,” the Ukrainian president said.

Noting that the Ukrainian delegation informed him that there is some progress on this matter, he said: "We will agree on the details with the UN Secretary General (Antonio Guterres) in the coming days."

Nearly 4,900 civilians have been killed in Ukraine since the beginning of the war on Feb. 24, according to UN figures. Over 15 million people have been forced to flee their homes, including more than 8.4 million that have fled to other countries.