'Turkey builds its democracy on separation of powers'

Turkey has always abided by "the principle of separation of powers" on which it has built its democracy, the nation’s president said on Monday.

"Independent functioning of legislative, executive and judiciary powers does not prevent them from liaising with the president's mission in the [Turkish] Constitution as head of state," Recep Tayyip Erdogan said at the judicial year opening day ceremony at the Bestepe National Congress and Culture Center in the capital Ankara.

"Although Turkey has experienced lots of adversity from tutelage to coups, it has always abided by the idea of separation of the powers which tops the will of people and an understanding of democracy built on that idea,” Erdogan said.

Addressing the Judicial Reform Strategy Document, Erdogan said Turkey also showed a commitment to its obligations for the full European Union membership with this document while the EU bodies “are in an obviously discriminatory attitude towards Turkey.” 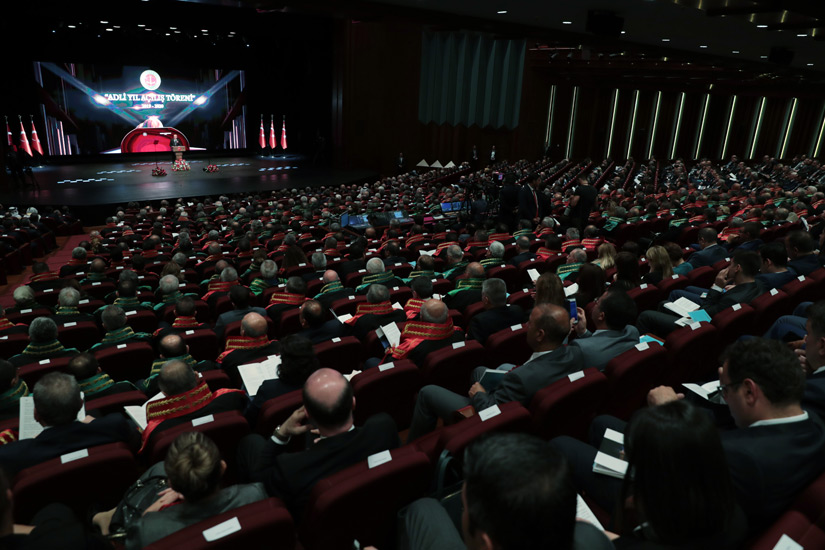 Turkey applied for EU membership in 1987 and accession talks began in 2005.

However, negotiations stalled in 2007 due to objections by the Greek Cypriot administration on the divided island of Cyprus as well as opposition from Germany and France.

Turkish president also vowed to implement a judicial reform in a short time by simplifying judicial processes and developing alternative solutions for disputes. 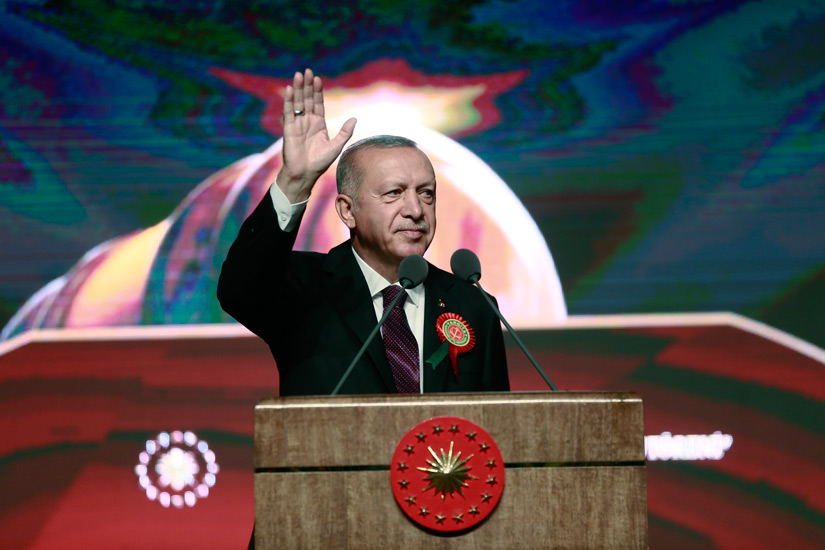 This year Turkey is set to carry through the Judicial Reform Strategy Document, a plan unveiled on May 30 to improve the working of the nation's judiciary.

Turkey accuses Fetullah Terrorist Organization (FETO) -- the group plotting the deadly July 15, 2019 defeated coup in Turkey -- of being behind a long-running campaign to overthrow the state through the infiltration of Turkish institutions, particularly the military, police and judiciary.