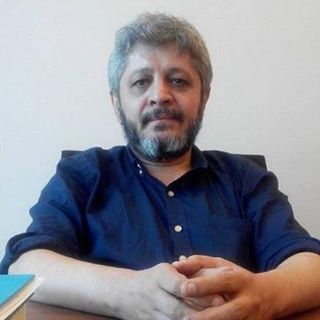 Operation Euphrates Shield paved the way for Turkey; it allowed it to gain position and to reach a determinative strategic power.

In order to achieve a similar gain in the Afrin operation and ensure in time that we have a position through which we can determine strategic balances, Turkey must review its relations with Syria and Egypt – before it is too late.

If we establish relations with Syria, we will have made a game-changing move

I have been saying from the very beginning, on both this column and TV programs, that it is wrong for Turkey to sever ties with Syria.

Turkey establishing relations with Syria does not means it approves the murders the Bashar Assad regime is committing against its own people.

On the contrary, if had Turkey been in relations – at least to a certain extent – with the Syria administration from the beginning, it may not have been so easy for the Assad regime to commit so many murders.

Whereas, Turkey establishing ties with Syria will have great strategic significance and be a game-changing move in terms of our country’s security and the region’s future.

Because if Turkey had been in a certain relationship with Syria from the start, neither Russia nor Iran would have intervened so much in Syria. When Turkey-Syria relations soured, a vacuum was formed and this vacuum was immediately filled by Russia and Iran.

Beyond Russia and Iran, it was possible for actors like the U.S., U.K., France, Germany and, of course, Israel to redesign the region from scratch through Syria only after this.

Let us please see the set up

Of course, Turkey could not remain indifferent to the torment in Syria, because Turkey was going to be the country most affected by the things happening in Syria.

However, Turkey should have been able to see that Syria would be dragged into chaos, leading to the redetermination of the region’s priorities and that its geographical, sectarian, ethnic, strategic and politic maps would be redrawn. At least, it should have seen, by looking at the things that happened in Iraq, the – approaching – disaster that would cause a turbulence in both regional and global balances.

Why was Turkey unable to see such a major disaster coming?

This is – partially – because it was set up in Syria.

If you remember, the 49 countries that are referred to as coalition countries wanted Assad to go. But this was a complete set up. And we walked into the trap. Turkey could not realize that the issue of Assad going was a set up and took this matter a lot more serious than necessary, taking the lead for Assad to go, but unfortunately, it was left completely isolated.

Turkey’s Syria policy was not a finely designed and planned strategy that took into consideration regional and global balances.

Turkey could have, in the beginning, continued the strong and high-profile relationship established by Assad at a lower profile due to Assad’s massacres. Hence, it would have been possible to both see the trap we were pulled into and would have been difficult for Assad to commit so many massacres, while it may not have been so easy for Russia and Iran, the U.S. and Israel to fool around in Syria so carelessly.

I feel the need to remind that we need to review our ties with Egypt as well. I first suggest a critical strategic principle that will strengthen Turkey’s hand, clear its path and allow it to reach a more active position in the region: Turkey does not have the luxury to cut ties with its neighbors. Especially during a timeframe in which Turkey is gaining strength in every aspect, it does not have such a luxury.

It doesn’t, because Turkey should have taken action  considering this two-layered fundamental reality: The more Turkey gains power, the more Turkey’s area of impact and influence spreads through an area of civilization and echoes in that area of civilization, Turkey will be sieged from both within and without; efforts will be made to cause internal chaos and what’s more, to divide and even invade the country.

Of course, the West is going to be disturbed by Turkey’s gaining strength in a way that it will excite the oppressed world, by Turkey’s expansion of its area of impact and influence in a way that would lead them to tie their hopes to Turkey, and they will not leave Turkey alone. It was important for us to see this and accordingly, never attempt to ruin our relations with our neighbors.

If our relations with Egypt could have somehow be continued, Russia, Iran and other powers could not have been able to enter Syria so easily and the process that led to the division of Syria may not have happened, hence, Turkey could have acted more comfortably.

Let us not forget that it was only half a century ago that Egypt and Syria were a single state – even if for a short term. Therefore, Egypt could not have idly watched Syria be divided.

Had Egypt intervened in Syria in this way, the balances to be established through Syria would have certainly been different.

What’s more, if Turkey, as a child of the Ottoman Empire, had developed a strategy that builds relations with all the actors in Egypt, the British could not have staged a coup in Egypt using the Saudis and Salafis, they could not have debilitated Egypt and, hence, Egypt could not have remained indifferent to Syria and Turkey could not have been pushed into a corner so easily.

In a nutshell: Establishing ties with both Syria and Egypt, before it is too late, will make it easier for us to thwarts efforts by the U.S., France, the U.K. and Syria, and primarily Russia and Iran, from sieging Turkey through Syria.

That is when Operation Olive Branch in Afrin will gain momentum that will increase Turkey’s strategic power.

Finally, the government must develop a strategy to have the opposition Republican People’s Party (CHP) to side with it, no matter what. Just as it succeeded in having the Nationalist Movement Party (MHP) to side with it, it must try achieving the same with the CHP.

This might sound difficult, but if an exchange of ideas starts to take place in relation to the process, the ice might thaw, and the CHP will be unable to remain indifferent to such an olive branch.