Turkish President assured that Turkey will continue to fight to protect the rights of all humanity without any discrimination based on any differences.

Turkey’s president offered condolences Thursday to the family of George Floyd over his death.

"THIS IS A RACIST APPROACH"

“I believe that the perpetrators of this inhumane act shall receive the punishment they deserve. We will be monitoring the issue,” Recep Tayyip Erdoğan said on Twitter.

“I remember with respect George Floyd and extend my condolences to his family and loved ones,” he added. 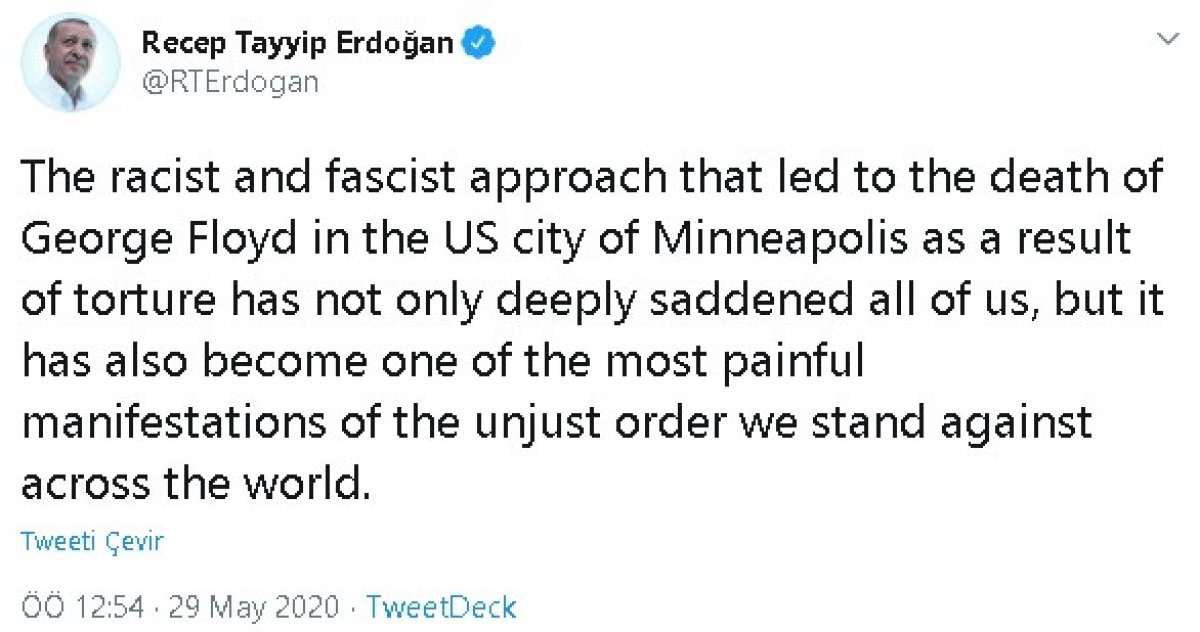 Erdoğan said "the racist and fascist approach" that caused Floyd’s death by torture deeply saddened everyone, "but it has also become one of the most painful manifestations of the unjust order we stand against across the world."

"As a member of the Islamic civilization, which teaches us to love humankind because of the Creator, I condemn this inhumane mentality," Erdoğan said, adding Turkey always takes a stand against all attacks targeting humanity, regardless of where, the cause or form in which they are committed.

The natural gas find in the Turkish Black Sea is expected to trigger changes in...

President Erdoğan said the discovery is the biggest in the country’s history...