According to an investigative French journal, tens of people sustain limb injuries after shot by tear gas capsules.

According to Mediapart, one person was killed and 368 others injured after getting shot by tear gas capsules of French police during the nationwide Yellow Vest protests against the government. The police violence left 21 people with eye injuries, 204 others with headshot. Some 68 people sustained leg injuries while 41 others were wounded in the chest. Among those injured were 56 journalists and 37 high school students. 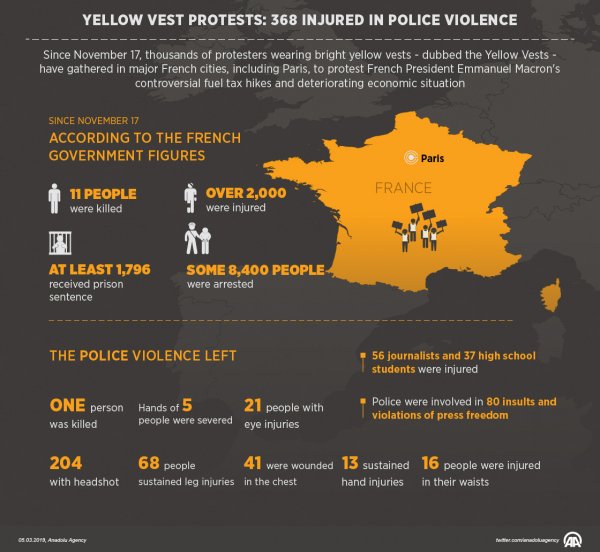 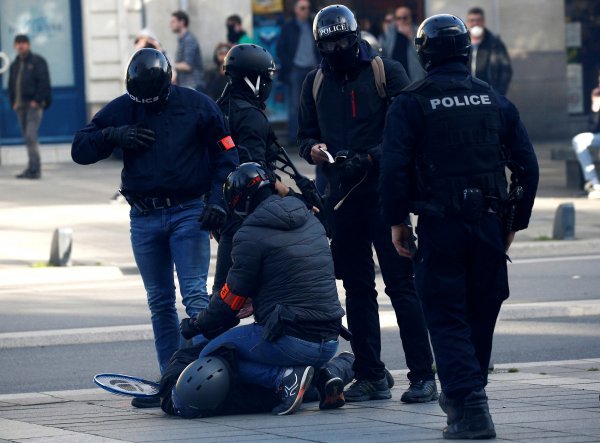 According to the French government figures, 11 people were killed in protests and over 2,000 others were injured. French Interior Minister Christophe Castaner said in February that security forces arrested some 8,400 people. Additionally, at least 1,796 others received a prison sentence.

Police beat elders in the streets of Paris WATCH

Under pressure, Macron announced a rise in the minimum wage and scuttled the tax hikes. Since then, however, the protests have grown into a broader movement aimed at tackling income inequality and are calling for giving citizens a stronger voice in government decision-making.