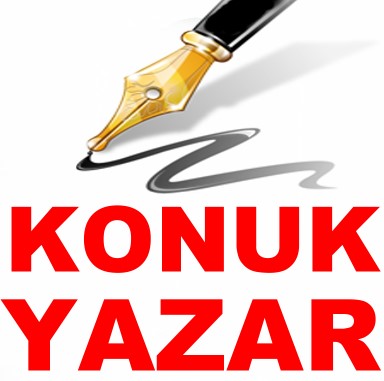 It has been 20 days since the Afrin operation began. The Turkish Armed Forces (TSK) and the Free Syria Army (FSA) are determinedly advancing in rough territory. Unfortunately, we have a number of martyrs, but the region is gradually being purged of terrorism. The TSK has been acting quite organized and meticulously. However, it seems that the PKK terrorist group's Syrian affiliate Democratic Union Party's (PYD) People's Protection Units (YPG) militia will abuse civilians in the region as the operation goes on.

According to the latest reports, the group has dug trenches and put up walls in Afrin, and residents have been banned from leaving the city. Unfortunately, we are confronting an odious and barbaric formation that uses people like ammunition. This formation is not only using the civilians in Afrin as shields, but is also infiltrating Turkish territory via the PKK to foment terrorist attacks inside the country while conducting rocket attacks on Turkey's border cities such as Kilis and Hatay. Many people have been killed in these attacks since the operation started. Life in these cities has stood still and the winter school break was extended in Kilis.

I want to ask our Western friends to try imagining what all these developments actually mean. Turkey is fighting to end terrorism and eliminate the primary threat to its national security. This is such a cruel mechanism that no one can predict the group's future target. For years, they have killed thousands of Turkish and Kurdish civilians in Turkey. And now they are using innocent civilians as a shield in Syria.

We are offended by the West's, especially the U.S.s', efforts to protect such a formation. The YPG is one of the most conventional terrorist groups and its pretext of fighting against Daesh does not cover up its offenses. Is it possible to exempt a murderer from his charges when he kills another murderer? This is exactly what the YPG seems to be doing. It is enough to take a glance at Agence France-Presse (AFP) photos taken in Afrin. Every spot in the city is covered with posters of the PKK's imprisoned leader, Abdullah Öcalan. The group is forcefully enrolling men in their units and sending women and children to detention camps. They are positioning the warriors among women and children to harm to civilians. I am asking our Western friends to see this barbarism and tyranny and help Turkey.

Today, we are bearing witness to the fact that the PYD is represented as an innocent and harmless organization by Europe, particularly by the European Union. But can a distinction be made between terrorist groups regarding their identity or affiliation?

The ongoing operation aims to eliminate a formation that has been terrorizing Turkey for decades. Since the beginning of the operation, some 40 areas have been recaptured and more than 1,000 militants have been killed. On the other hand, the YPG attacked the world's biggest refugee camp in Idlib that houses 820,000 civilians. In doing so, they look to stir up chaos by provoking those in the camp. They are planning to show Turkey as being accountable for the civilian deaths that might occur if chaos breaks out in the camp.

In a nutshell, we are up against a dangerous and furious organization. Therefore, it is not acceptable for European media to refer to the YPG and the PYD as Kurdish groups fighting against Daesh. Are the people in the refugee camp from Daesh? Are the civilians they cornered in Afrin's city center from Daesh?

If there is a desire to form a unified and fair counterterrorism front on a global scale, all these aspects must be meticulously considered and Turkey's rightful fight against terrorism must be supported.