President Erdogan’s statements on his visit to Greece had widespread media coverage. Greek goverment was criticized by Greek media.

President Erdogan’s groundbreaking visit to Greece is the first visit by a Turkish president in 65 years.

Diplomatic sources had indicated ahead of the visit that Erdogan would likely use the visit to Greece, the first visit by a Turkish president in 65 years, as an opportunity for rapprochement in view of his increasing isolation from the West and the European Union.

Some discussions were focused on disagreements at the meeting.

In a visibly testy first meeting with Greek President Prokopis Pavlopoulos, the two engaged in a thinly-veiled verbal spat over the treaty and the Muslim minority, which Erdogan is to visit Friday. Erdogan stated Turkey's attitude is explicit on Treaty of Lausanne. 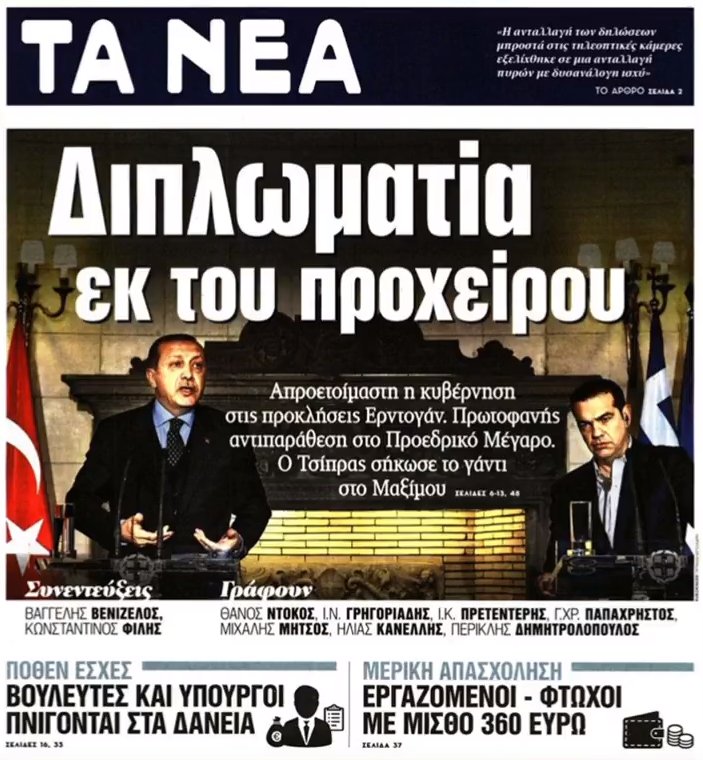 One of the most popular newspapers of Greece, Ta Nea, criticized Tsipras goverment by describing meeting as “rough outline diplomacy”. It was said  “Greek goverment was caught unprepared by Erdogan’s statements“ . 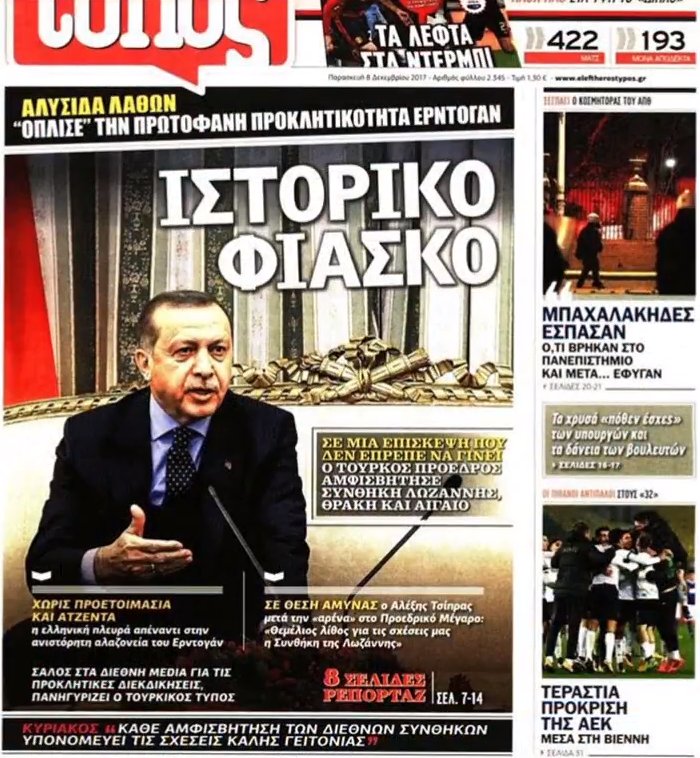 Another newspaper, Elefteros Tipos described meeting as a ‘historical failure’.