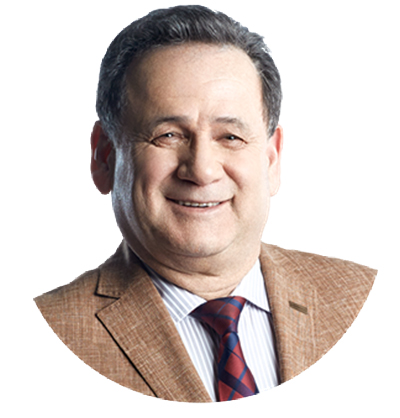 US and NATO readying for war against Turkey

The U.S. and Germany’s missile drill in Greece “against the enemy in the East,” which has been named “Artemis Strike,” will be continuing until Nov. 9. The American deep state (established order), which is imposing a covert weapon embargo on Turkey, along with Germany and Greece, which are leading the lobby for “invading Turkey,” commenced the drill in which Patriot and Stinger missiles are used at the “Chania NATO Missile Firing Installation” (NAMFI) on Crete Island. Within the scope of the “operational vigilance assessment criteria” of the Supreme Allied Commander Europe, a subsidiary of NATO's highest military authority, real missiles are going to be used with a tactical scenario.

In a statement by the U.S. Department of Defense, the following sentence is striking: “Drills like the Artemis Strike show how current and future forces gain abilities such as deterring potential opponents and quickly defeating them in cases deterring does not work, and that they are ready to fight in different areas or disputed territories.” Because, according to top-level officers, who are experts in the area, while the U.S., Germany and Greece, which are in the NATO alliance with Turkey, in their joint drill target Turkey, they are threatening that they will fight if necessary.

Disputed territories refer to the islands in the grey area in the Aegean. Turkey being threatened that it may be declared NATO’s new potential enemy because it has shifted from the NATO, U.S. and West axis to Eurasia, due to its determination to purchase the S-400 Air Defense System from Russia, it developing local and alternative defense systems and producing independent policies is a tragicomic evaluation and indicates hateful and hostile behavior.

As a matter of fact, our American “allies” see no harm in portraying Turkey as the U.S.’s enemy, at every opportunity. The U.S. military’s spokesperson in Syria, Colonel Ryan Dillon, who recently appeared on German TV, not only said they provided all sorts of weapons to the Democratic Union Party (PYD), he also said, in reference to the Kurdistan Workers’ Party (PKK), “My enemy’s enemy is my friend.” Did he not? U.S. President Donald Trump’s former chief strategist Steve Bannon also stated in Washington that, “Turkey is the greatest threat targeting the U.S. and, as a matter of fact, Turkey is even more dangerous for the U.S. than Iran.” Did he not? Also, wasn’t it reported by judicial authorities that our nine security officers, who were martyred the previous day at the border’s zero point in Şemdinli, Hakkari, were killed with the weapons the U.S. supplied to the PKK-PYD?

As if they are not the instigator forces behind the 1960, 1971, 1980, Feb. 28, Feb. 7 National Intelligence Organization (MİT), Gezi, Dec. 17/25 failed coup attempts and the July 15 bloody attempt or coup. All NATO and EU countries have opened arms to thousands of Fetullah Terror Organization (FETÖ) fugitives, primarily to ringleader Fetullah Gülen, and let alone extradite the members of the terrorist organization to Turkey, they are aiding and abetting terrorism by hosting them and providing them residency permits – very much the way they are aiding and abetting the separatist PKK terrorist organization, giving them training and weapons. What harm has Turkey done to the U.S. from the 1960s to date? Nothing at all.

Yet, the U.S. has sacrificed thousands of our citizens to terrorism and, with the support it has given coups, it has prevented our country for at least a century from catching up with the level of Western countries. Actually, the U.S. and Israel are the ones that are Turkey’s true enemies, acting like friends, trying dastardly to undermine Turkey.

It clearly announced to all countries, friend and foe alike, that it will not allow Turkey to be sieged, just like it wouldn’t allow the terrorist corridor. As the driving force of the Astana process, through an alliance with Russia and Iran, Turkey negated the strategy which aimed to destroy Syria and Iraq's territorial integrity by Balkanizing the region.

President Recep Tayyip Erdoğan’s statement, which could be considered to be his second doctrine, targeted the countries supporting terrorism: “We do not care at all about such and such state being behind such and such [terrorist] organization and another state being behind another [terrorist] organization. No legitimate state can keep its own soldiers, its own staff together with terrorists.

Our forefathers say that one should not force their chances and simply accept whatever befalls them. This is our last word to those who thought they distracted us until now by saying, ‘alliance,’ ‘strategic partnership,’ ‘alliance ties.’”

1119 Görüntülenme
and nato readying for war against turkey
-->