Amid tensions with Turkey over Syria, the Chairman of the Joint Chiefs of Staff Gen. Dunford spoke today with his Turkish counterpart Gen. Yaşar Güler. 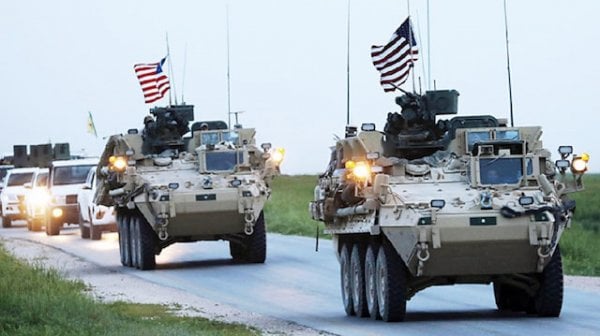 US forces recently set up new observation points in a Syrian town controlled by its allies, PKK/YPG terror forces, along the border with Turkey in northeastern Syria.

Turkey has repeatedly conveyed its “discomfort” to the US officials over their observation points in the region. Last week, Chairman of the Joint Chiefs of the US Army, General Joseph Dunford, announced that the US-led coalition is planning to train 35,000 to 40,000 locals to stabilize the northeastern part of Syria by defeating the Daesh. Turkey has repeatedly objected to US support for the terrorist YPG/PKK in Syria, which Washington considers “a reliable ally” in the fight against Daesh.