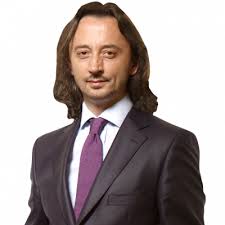 The Arabization of Islam, shifting the war to the heart of Islam

The Arab world is witnessing strange, extremely dangerous developments that ignore all Arabs’ theories to date and will wipe out the 20th century from history and memories. In the very near future, we may witness game-changing developments that will lead to a power quake, challenge the heart of the Muslim world, and which we will have difficulty to understand.

A new era that is prepared in the U.S.-U.K.-Israel axis, carried out through the United Arab Emirates (UAE) and Saudi Arabia, served through young Arab rulers, that pushes aside the Shiite-Sunni separation, that is adjusted to give rise to Arab nationalism and centers entirely on Arab-Israel friendship has been launched.

They are going to destroy the Arab world

Saudi Arabian Crown Prince Mohammed bin Salman’s radical rule change, the arrests of princes and businessmen, the seizing of assets amounting to hundreds of billions of dollars, including men of religion opposing the administration change on the list of terrorists, improving women’s situation, the discourse of giving prominence to “moderate Islam”, issuing fatwas that fighting Israel is not permissible, have been the results of the new situation to date.

However, from now on we will be witnessing more striking, more disturbing, more powerful waves aimed at taking the Arab world hostage.

The boss of the project in the region is not Mohammed bin Salman, but UAE Crown Prince Mohammed bin Zayed al-Nahyan, who we can now easily say is an Israeli intelligence member. Under the leadership of this unruly enemy of Turkey, a new power axis has been established along the UAE-Saudi Arabia-Egypt line. This axis is entirely a U.S.-Israel axis. Though it is said that it was established to protect the countries on this axis from the threat of Iran, it is a project that will divide and destroy the Sunni-Arab world.

They already sold Jerusalem and Palestine to Israel

Some writers and TV commentators have already started to write and discuss how friendly they are with Israel. As a matter of fact, they even started listing references from the Quran to support their theories. They have started to say and write that Palestine actually belongs to Israel, that there actually is no fight between the Arabs and Israel. As the Saudi-Israeli alliance is being “normalized,” as the infrastructure for the Arab-Israel alliance is being formed, these writers and commentators have started working on its social promotion and psychological aspect.

So, what will happen to Jerusalem, what will happen to the Palestine issue, what is going to happen to the need for a country/state for the Palestinians? While the Muslim world has largely taken position in accordance with Arab-Israel conflicts, what will the view of the masses of these countries be now? If the Arabs and Israelis are friends, allies, if the Palestine issue has been solved, if Jerusalem is no longer under occupation, if the discourse Arabs established through Islam following the establishment of Israel has no significance, what will Turks, Indonesians, Africans and Pakistanis think now? What kind of a course will the Arabs’ relations with the non-Arab Muslim world take?

To be frank, if this wind continues, the political theories of most in Turkey may even collapse, their minds may be confused, and terms may no longer have any meaning. The Muslim worlds’ streets may fall into an abyss; if the new situation rises through Arab nationalism, a counterwave may form in the region. If the wind continues, this new Western invasion theory represented by Nahyan and Mohammed bin Salman may lead to a major reaction in the Arab world. While the two crown princes are the leaders of the U.S.-Israel project, they may fall victim to it.

This is a political, geopolitical theory. It is a theory aimed entirely at the security axis and adjusted to completely divide the region. Even though it is promoted in that way, it has nothing to do with the modernization and secularization of the Arab world. The project’s U.S. and Israeli bosses are telling them: You and the Israelis are cousins. There is no reason for you to fight. On the contrary, unite and become allies. Fight against the Arabs’ true enemy, the Iranians, fight the Persians. The non-Arb Muslim world is a greater threat. Form a single front against them with Israel.

There is no more Shiite-Sunni, but Arab and non-Arab Muslims

This is where the great danger lies. They are trying to divide the Muslims, whom they could not divide into two big camps and drag to regional war with the Shiite-Sunni separation through this project, into much bigger camps as Arab and non-Arab Muslims. Here are a few notes on what the new invasion plan may lead to:

1-   This project is going to legitimize the occupation of Jerusalem. This legitimization is going to be through the Arab regimes in question.

2-   The Arab-Israeli alliance is going to negate the theories of the Palestinian people. The remaining land in West Bank and Gaza will somehow fall under Israel’s control, and Israel’s theories will be accepted in the areas under occupation. I believe the young generation administrators of the UAE and Saudi Arabia accepted these two articles.

3-   The Arab-Israeli axis was formed based on the U.S. and Israel’s regional priorities. It won’t affect Iran. Hence, it is eventually going to go as far as the division of Saudi Arabia. The Persian Gulf is going to stand out as a serious area of conflict.

Shifting the war to the heart of Islam, Mecca and Medina’s status

4-   The new “political mind” is going to make Mecca and Medina’s status questionable. The project to “set war in the heart of Islam” will largely be staged through the relationship of this new alliance. If the process continues like this, these two centers that are the heart of Islam, will lead to a major indignation in the Muslim world. That is when “Mecca and Medina’s status” discussions will grow.

5-    A while later, all this may lead to fury in the Arab world and streets. Because it will no longer be possible to hide that the Arab-Israel alliance is an “invasion project.” If a fury such as this does not rise, Arabs may face the risk of losing this century.

Arabs have been losing since 1991, wars are always in their territories

6-   Take note that ever since the 1991 Gulf War, the Arab world is losing. All wars from Iraq to Libya are on Arab lands. New likely areas of instability will also be in Arab lands. The non-Arab Muslim world is partially outside these wars and the countries in that world are on a rise. In other words, Arabs are losing position. Now they are injecting them with a fear of Iran and paving the way for new wars. This axis, promoted with the lie that it was formed to protect the Arabs, may tear apart the Arab world and the losses will continue.

7-   The Arabs are strong with the Muslim world. But the new axis aims to form a separation between Arabs and non-Arab Muslims, which may lead to a big collapse for them. Even if they establish an alliance with Israel, with such tendencies, it does not seem possible for them to be victorious against Iran.

Someone is stealing the Arabs’ 21st century

8-   Do not forget: the U.S.-Israeli-Arab alliance was not formed to protect the Arab world. A zone spanning Turkey and Indonesia is completely leaving the U.S.’s area of influence. This is happening for the first time in history.

Washington, which struck and lost Turkey through terrorism is also losing in Syria and Iraq. This is why it is forming a new front line further south and in the West. The UAE-Saudi Arabia-Egypt line is a new security shield formed for the U.S. and Israel. The discussions in Riyadh are simply the promotion end of it all. A couple of crazy Arab administrators are turning that vast region into a front for the U.S. and Israel.

But the world has changed; front countries are now becoming divided. Someone is stealing the Arab world’s 21st century. The “Arabization of Islam” is going to significantly isolate this world.

I hope a wave of awakening rises before it is too late. Otherwise, we are going to witness major collapses between the Persian Gulf and Red Sea.

1034 Görüntülenme
the arabization islam shifting the war the heart islam
-->