The inauguration of the Europe leg of the Trans-Anatolian Natural Gas Pipeline (TANAP) Project took place in the northwestern province of Edirne.

The Turkish and Azeri presidents on Saturday inaugurated the Europe link of the strategic Trans-Anatolian Natural Gas Pipeline (TANAP).

The ceremony was held in the Turkish city of Edirne with the participation of President Recep Tayyip Erdoğan and Azerbaijan’s President İlham Aliyev.

A SYMBOL OF DEEP-ROOTED FRIENDSHIP

President Erdoğan stressed that the project dubbed as the project as the Silk Road of energy is a symbol of deep-rooted friendship between Turkey and Azerbaijan. 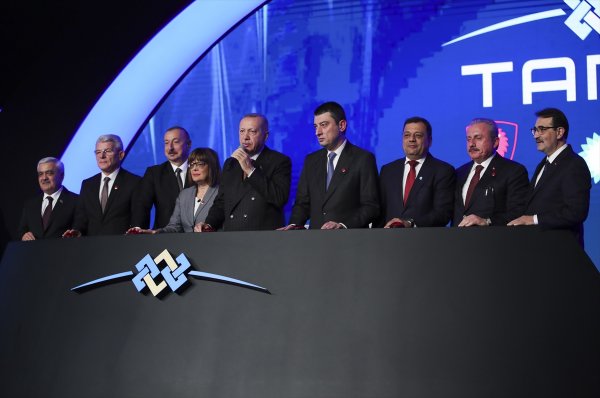 “A dream of supplying 16 billion cubic meters of Azeri natural gas to Turkey and Europe has come true,” Erdoğan added.He went on to say that TANAP is the most important part of the 3,500-kilometers of energy corridor which extends from Azerbaijan to Europe. 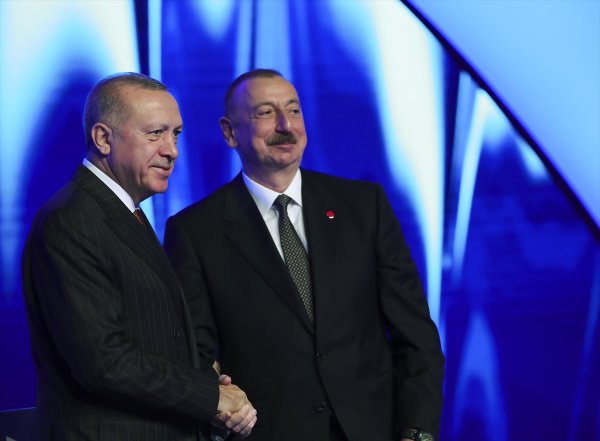 TANAP WILL BRING 6 BILLION CUBIC METERS OF GAS TO TURKEY

The pipeline will begin carrying gas to the European section of the Southern Gas Corridor, an ambitious initiative of the European Commission for a natural gas supply route from Caspian and Middle Eastern regions to Europe. It will pass through the Trans Adriatic Pipeline (TAP) -- the European leg of the corridor.

Azerbaijani President Ilham Aliyev said that the TANAP project will pave the way for boosting ties between nations. “TANAP is an international cooperation project that essentially unites seven countries on the Southern Gas Corridor,” Aliyev added. He stressed it will build bridges and create employment for the people.

The TANAP project was officially launched in June 2018. It stretches from the Turkish-Georgian border to the Turkish-Greek border.

With an investment of around $7 billion, TANAP will deliver 6 billion cubic meters of Azeri gas to Turkey and 10 billion to Europe per year.

The pipeline passes through 20 provinces and 67 districts of Turkey.