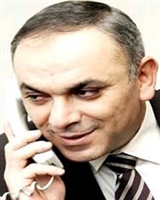 Immediately after the death of Abdulaziz, the founding king of Saudi Arabia, in 1953, Saud bin Abdulaziz, his eldest son, took the throne, and an unrelenting power struggle with his brother Faisal bin Abdulaziz commenced. Saud, who took the throne at the time when oil revenues started flowing into the country, was criticized because of his extravagant lifestyle. Gaining support from the royal family as well, Faisal sidelined his brother in time and eventually ascended to the throne in 1964 with the approval of the ulema (a body of Muslim scholars who have specialist knowledge of Islamic sacred law and theology). The dethronement of King Saud in favor of his brother was a first in the history of the country.

The battle between Saud and Faisal divided the royal family into two main poles. Although Saud's supporters diminished over time, the division was very sharp and deep. Even at the time of the final decision of 1964, when the ulema class approved dethronement, some of Faisal’s brothers stood against him. One of them was Musa’id bin Abdulaziz. Faisal, one of the sons of Musa’id, shot and killed his uncle King Faisal, who was his namesake, on March 25, 1975, in his palace in Riyadh.

In the late 1950s, when the Saud-Faisal tension reached its peak, there was another division within the Saudi royal family. A group of princes, self-styled “Free Princes” rebelled for modernizing the country and transforming it into a democracy based on Western standards. The sons of the founding King Abdulaziz, Prince Fawwaz, Prince Nawaf and Prince Badr, also supported the group that came together under the leadership of Saud and Faisal's brother, Prince Talal bin Abdulaziz. Some members of the royal family also supported the princes who voiced many requests, including the abolishment of slavery which was legal at that time. (Waleed, the son of Prince Talal, leader of the group, became one of the strongest and richest men of the royal family in the following years, eventually becoming one of the figures arrested on charges of “corruption” in November 2017.)

Thus, while the Saud-Faisal struggle continued, a new domestic opposition movement supported by the Egyptian President Gamal Abdel Nasser emerged. In the early 1960s, the power clash within the Saudi royal family continued in such three factions. When viewed from outside, this situation threatened the stability and future of the country.

Shortly after, the members of the opposition movement, which was named "The Free Princes Movement," were denationalized and deported to Lebanon by Crown Prince Faisal. The Free Princes then settled in Egypt's capital, Cairo, and began to fight openly against their country and the Saudi royal family.

While the Free Princes fought for the modernization of Saudi Arabia and transformation into a democratic country, Egypt's intervention in Yemen took place in 1962. In the first phase of the bloody civil war in which Gamal Abdel Nasser supported the socialist government in the south of Yemen, while Saudi Arabia supported the tribal forces in the north, the Free Princes sided with Cairo. The war, which left more than 200,000 dead, could be ended by Egypt's compulsory withdrawal from Yemen in 1967, following a severe defeat against Israel.

The Free Princes, who continued to support Egypt despite Gamal Abdel Nasser’s statement, "To liberate all Jerusalem, the Arab peoples must first liberate Riyadh," chose to reconcile with their country when Faisal dethroned his brother Saud and replaced him in 1964. King Faisal declared amnesty for his brothers, reinstated their citizenships and accepted all of them to the country again.

Then, King Faisal actualized all the ideals of the Free Princes Movement, which had officially ended, during his 11 years in power. Faisal fully utilized the room for flexibility in the Saudi state system and brought the state to the "most modern" situation that was possible under the conditions of the time. A further step would mean Saudi Arabia would completely destroy the state foundations, fragment its sociology, and try to establish a new state and order instead. This is exactly what the Crown Prince Mohammed bin Salman is trying to do through “corruption operations” and the statement that they will “return to moderate Islam.” As the entire region, we will live and see the hard way how risky a gamble this is.

The current Arab political map created by the fragmentation of the Ottoman Empire 100 years ago is on the brink of fragmentation and dissolution again. The same can be said for the Arab Spring and for the developments in the Gulf. While the wound opened by the British and the French in the region 100 years ago is still fresh, the U.S. and Russia have replaced them today. It is useless and meaningless to read history with “if onlys,” but we can wish that today's new leaders are at least familiar with recent history.

I wonder whether Mohammed bin Salman, who dreams of replacing his old father and ruling Saudi Arabia for many years, has counselors who tell him of the recent history of his country and region?